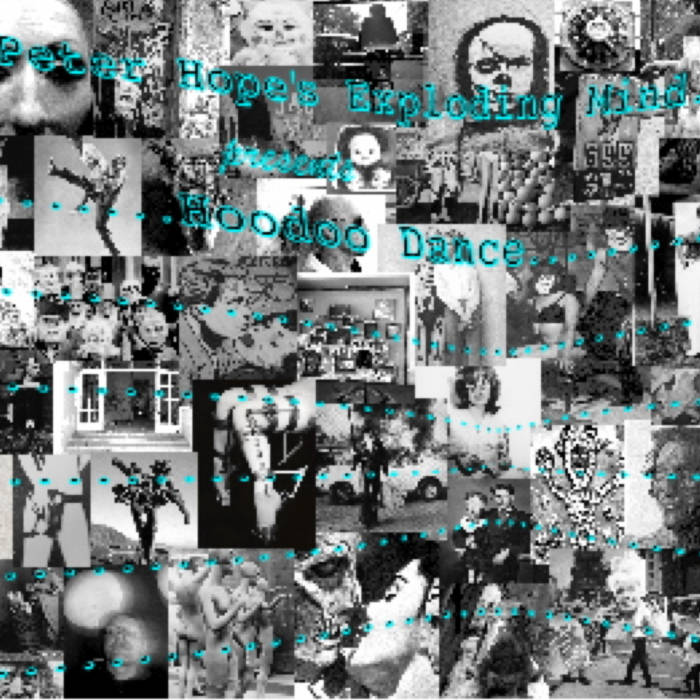 A persistently restless soul, who’s only interest in the genre of fashion was in how it could be abused or reshaped, had over 30 releases between 1983 & 2002 before decamping to the Outer Hebrides for a few years R&R.

After the 2009 re-release of the Avant garde classic ‘DRY HIP ROTATION’ Klanggalerie now serves up HOODOO DANCE , a goat’s head soup of sweet meats, fried brains & splintered bone that captures some of the best of Hope’s collaborative work with HOODOO SOUP, The BOX, FLEX 13, DAVID HARROW, CHAIN and WHITE TRASH, much of which has been unavailable for many years .

Peter Hope’s story may well have been a very different one had he chosen to conform to changing trends or compromise his vision. We’re glad he didn’t & we’re also really glad he’s back, both recording and performing (a real and unmissable frontman).

His own label, WRONG REVOLUTION is setting itself up as a Civil Service Of Disobedience
& The EXPLODING MIND is hard wired for maximum agitation.

Woah, this one's a bit of a head trip! This CD compiles prime moments from Pete Hope's various projects between the years of 1984 and 2002, and it's a pretty wild listen. We've actually got a new tape in from him this week as well which, as you would expect, is a bit less focused than this but also impressed me. You can't exactly call it a greatest hits collection but it's pretty close - everything's well recorded and even though there's a fair bit of variety between the projects I think it really works well as a complete collection and it's certainly an excellent starting point for anyone curious about this skinny Sheffield nutjob. There's no denying he's a prolific guy, and even though what he offers is fairly abrasive, this anthology is a totally listenable affair. It's not often I find something this vocal-heavy in styles like this that doesn't make me cringe. There's everything from heavy psychedelic pop (his live band Soup sound to me like JAMC playing Jesus Lizard songs; probably my personal highlight). Elsewhere we've got industrial dance, sometimes bordering on noise, sometimes quite minimal and club-oriented, skewed jazz pop weirdness, spiky post-punk...it's clear this guy's got a real musicality about him and to be honest this is making me feel like I should've paid more attention to him in the past. The consistency on this collection is high, too. No filler here, all crisp-sounding and absorbing jams. Totally recommended.