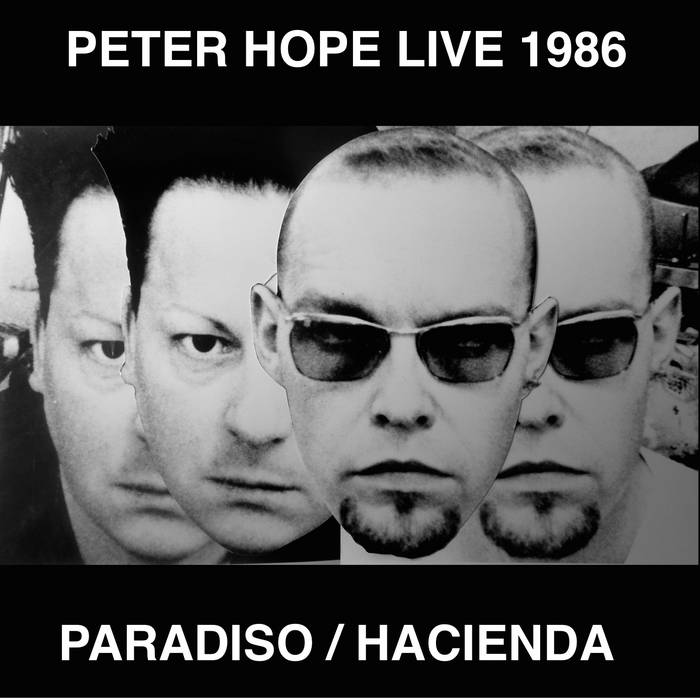 In 1986 I went to Holland touring Hoodoo Talk. Alan Fisch was my soundman, I’d known him since I first came to Sheffield to join The Box. Al was in Hula then, later he played with the Cabs & then Workforce. He was the studio engineer at the shoebox sized studio Vibrasound where I’d recently recorded Dry Hip Rotation with Jono Podmore.
We hired an Astra van, which was the cheapest way to fly, caught the ferry and headed for Eindhoven & the Effenaar Club, run by top-guy Carlos. I was headlining the evening which royally pissed off the Butthole Surfers, their guitarist had an on-stage tantrum. If Gibbi Hayes was was pissed off he kept it cool,… and anyway, as their tour manager told us (she opted to travel with us the next day) he’d got “a boil the size of a nuns’ foot”… so maybe it was all relative.
I believe we went to The Hague the next day, followed by Goes, sharing the stage with Richard Jobson & Fred Frith. The event I’d latched onto was called Tegentonen, it was a roving soloists festival I suppose. was there another gig? i don’t know, we smoked a lot, drank a lot & kicked serious industrial dada paranoia through a primitive Powertran delay with unforgivingly harsh backing tapes c/o R.H.K. In Amsterdam we scored some black hash to roll flat with a hairspray can & clingfilm to card in order to post back to the UK. We also got totally blitzed on sensimilla & almost missed our soundcheck.
I was supporting Sonic Youth who I already knew through Paul Smith, the Cabs manager, who’d just started Blast First. We pushed it to the max, by the time I got to Leather Hands I was rattling everything, pacing like a mad man, rivets popping & vocal cords at breaking point. The Paradiso is an awesome venue & Sonic Youth were on fire.
We were so wasted after the gig that we forgot our bag of weed & had to walk back from the hotel to get it; obviously it was exactly where we’d left it! - That’s Holland for you. I think we also left the delay and compressor and had to wait around way too long in the morning for someone to let us in. If we went any less than 80 mph all the way to Zeebrugge Ferry Port it was only because of uncooperative traffic lights. The guy on the gate was just lifting it off its latch when we screamed across the deserted tarmac, it was proper skin of the teeth stuff.
The Paradiso gig was recorded by a Dutch radio station & they’d given me a copy, maybe I listened to it once…. anyway, I just rediscovered it & it sounds pretty good & captures the insanity of my performances back then. There’s also the 2 tracks I did whilst supporting the Cabs around that time, these are from the Hacienda with Oz at the controls; his P.A. was killer, not only did he do sound for Cabaret Voltaire but also New Order, The Mondays, A.C.R. & just about all the Factory & Manchester acts of any worth.
Anyways, it’s kind of weird but maybe retro’s where it’s at today… so let’s go ‘headlong back into the recent future!’