LOVE IS FOR OTHERS 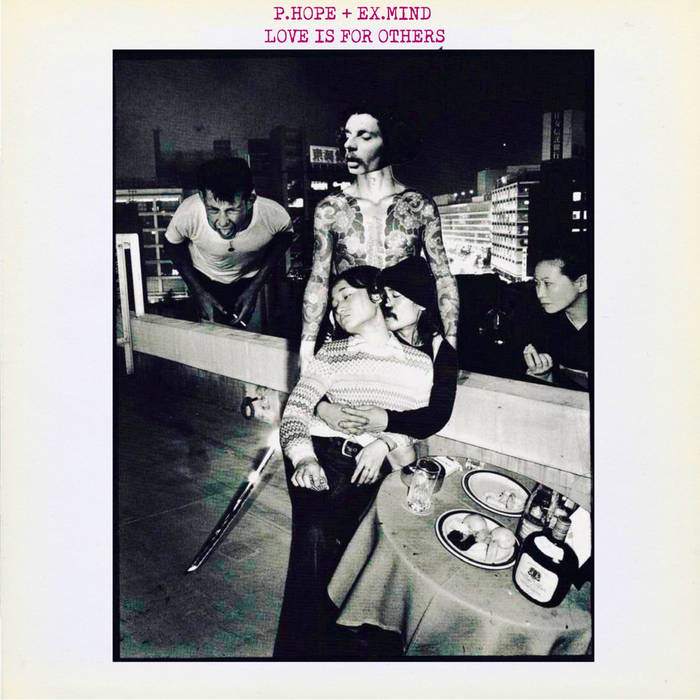 It’s taken 3 years, from its start in Melbourne in June 2018, for “Love Is For Others” to be released.There's been lots of HIGHS AND LOWS along the way. The lesson learned, though, is there’s no point over-investing in expectations, things change, new situations and new opportunities arise.

It started spontaneously with a random leap of faith, two people who’d never met deciding to get together for 10 days in Melbourne and record tracks for a possible EP. Chaos and invention changed the plan and by the end of the ‘kitchen sink’ sessions any idea of programming had been eschewed for a raw, dub style of extended live jams with a bleak, electro-industrial mood.

Returning to Tutaki and the Compound, when I opened up the files I really didn't know what I'd find. The late night sessions had been blurred and wired and I was never sure what we were catching. “Go with your gut feeling”, became the motto, so I jumped in at the deep end.

Working with simple tools, where decisions made aren’t easy to go back on, certainly keeps the concentration focused and intense. By mid-August it felt like we had an album, and definitely a ‘Hit Single’ track with APPLE EYE. KinetiK Records heard it and were quick to release it as a cool 10” lathe cut b/w WHITE GRASS no.2.

The high continued when a Berlin based label offered to do the album, vinyl only, including some money up-front prior to release. The only problem was that rather than re-use the 2 tracks from the 10” they wanted 2 others, which I didn’t have. As luck would have it a remix request had come in from Meagan (MRS DINK) and we agreed that out of the 4 remixes I did for her 2 would be used on the album. Having Meagan's tracks was really inspiring and triggered an intense sharpening of the album tracks. Release dates kept being shifted; early 2019 was loosely shifted summer, then the record company relocated to the U.S. and further delays and miscommunication drifted through into 2020.

There must have been at least 20 different running orders & 4 or 5 different artwork ideas. The constraints of 20 minute sides just wasn’t right for the chosen tracks and I kept feeling like the album had got away from me. A further delay of release followed by Covid lockdown made it obvious it was time to forget the idea of vinyl and look elsewhere. Throughout the project the sounds coming from the BANK, L.I.E.S. & NOSTILEVO labels reassured me that there were others out there exploring similar territories, however, contacting them proved to be impossible.

Meanwhile KUVERA B. got his remix of APPLE EYE included on the EXTREME IS EVERYTHING compilation “Human Haunted World”, and ASHLEY REAKS posted a new collage that was the perfect album image, inspiring me , once more, to re-think.

By the start of 2021 I was finally sure I’d got the album. The 2 original tracks re-instated (a different version of APPLE EYE) meant the running time was at an hour and the whole thing was pushing, pulling, hissing and scraping in all the right places, topped off with the bitter cherries provided by the artwork of ASHLEY & D.M. NAGU.

Back in 2018 we couldn’t have expected to be where we are now. The highs and lows will continue, the ugliness and the beauty, love and brutality. Has the balance shifted? Is it getting darker?

“Love Is For Others” was never intended to paint a bright picture but without all the setbacks & changes along the way it could never have been complete. There were many times that I was tempted to give up on it but it would have been a betrayal, not only of all the people involved, but also myself. If I’d done that I don’t think I’d be able to look darknuss in the eye ever again,.. and I know for sure I couldn’t live with that!

Released on or around the 3rd birthday of its inception, Jun 18th. 2021

Mastering by KUVERA B.