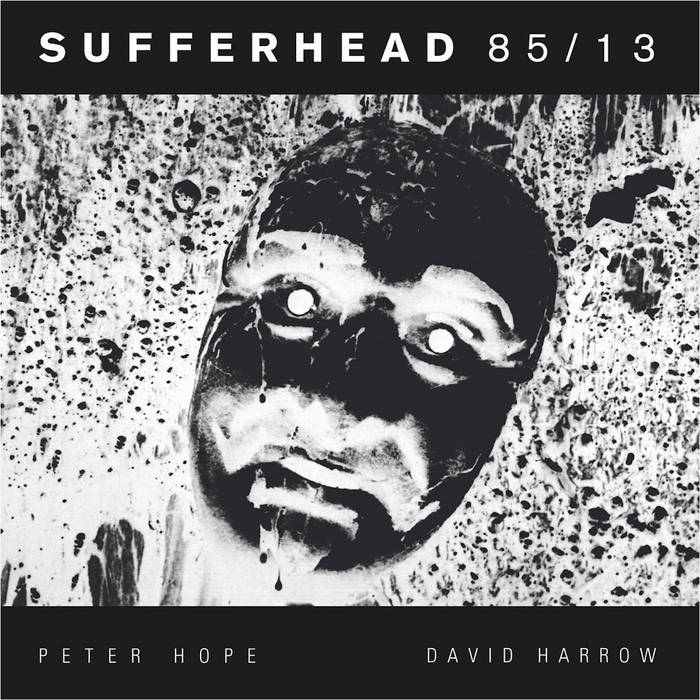 PETER HOPE & DAVID HARROW first started working together in 1985. Hope was living in Sheffield & Harrow in Hackney. Hope's band THE BOX had closed shop & Hope had been recording tracks with RICHARD H. KIRK. Harrow had released the first ANNE CLARK album on Ink Records as well as a 12" with PINKIE MACLURE, also on Ink.

In 2013 Hope & Harrow reconvened after getting back in touch via social media. Both had been involved in numerous projects which had headed off in different directions. Strangely enough during this period their only, unknown, connection had been Billie Ray Martin, whom David had a monster hit with and Pete worked with on a track for Sheffield's MELTING POT.

SUFFERHEAD (13) was created remotely between L.A., where David was now living, and Sheffield, where Pete had temporarily returned after leaving Vienna and heading for New Zealand. The 5 tracks were very spontaneous and no attempt was made to hark back to there previous recordings or imitate the 80's sound, which was, once more, becoming fashionable. These tracks were later reworked, tweaked & teased to varying degrees to become the foundation for Hope & Harrow's BLUE ELECTRIC album, released by Klanggalerie in 2016

In late 2019 Savvas, from KinetiK Records came up with the idea of combining both these e.p.'s and releasing them as a vinyl album. New artwork was created and all tracks were re-mastered. Everyone involved worked on this release purely for the love of it, much respect and gratitude to all concerned.