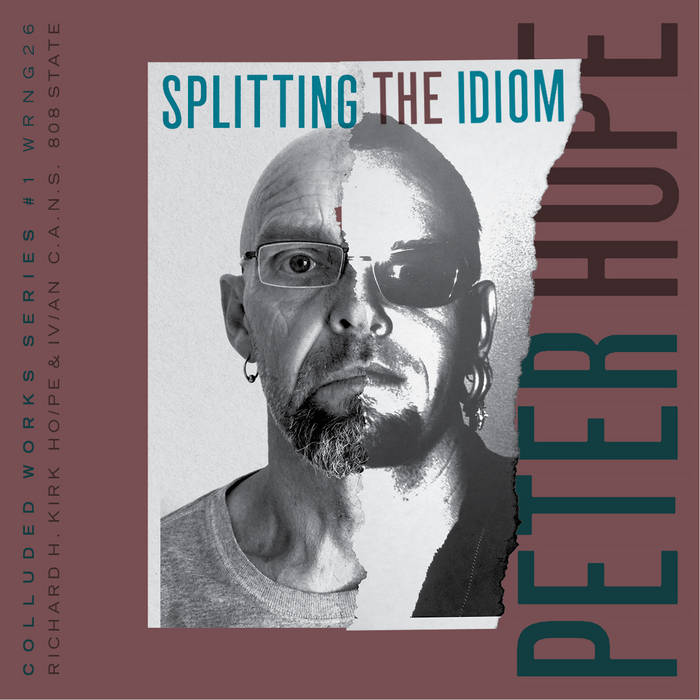 Miff Morris Series 1 reveals a collaborative paragon of excellence that fuses electronic transmissions from former and immediate times, merging a demonstration of preservation in common spirit that permeates the art of sonic expression right through to the here-and- now. channelling a new found enjoyment through one part, nostalgic reference, two parts fresh experimental authenticity W.R is a brilliant outlet, allowing the public to become exposed to such highly relevant, ultra inspiring pieces of material Favorite track: Electrified.

Over the years i’ve had the good fortune of working with some bloody amazing people. Sometimes those projects got picked up and spat out into the world to good reception, other times they got out there but all we saw was tumbleweed. Then there were those that never even got off the shelf or out of the front door. To be honest, there’s no figuring it, some of the best work i’ve done has never got further than a tape or CDR on the shelf. Wrong Revolution has been a tool to get, at least, some of it out into the world in the hope that a few unhinged ears might latch onto the sonic offerings.

With Colluded Works Series the intention is to piece together work that spans the decades but retains a common spirit, some unclassifiable element that breathed fire maybe 30 years ago and yet those same flames are still burning strong, even today.

#1 in the series is offered up to the Gods & All You Good People for FREE!

Kicking off with Workhorse. Richard Kirk was a long term friend for all my years in Sheffield. The records we did together were intense and imperfect. At some point in the late 80’s Richard gave me a bunch more tracks with the idea of doing a follow up album to Hoodoo Talk. Music had changed, influences were coming via hip hop and its use of funk, something we both had a passion for. 2 tracks from the sessions ended up on Mute’s CD re-release of Hoodoo Talk, but this track, for me, is the one that got away.

Track 2. Panic Room, My Heart. A track by Iv/An, whose work i’d been following via the demon/angel of the interweb. For me the appeal was the indefinability of when this music was born… 80’s / 90’s? _ no, 2015 Yet it is neither dated nor standing on some forerunners shoulders, but fresh and vital. I got totally lost in writing and performing the vocal; years melted and reformed.

Go and search for Dana Young / C.A.N.S. > He is a one man whirlwind of caustic beats, spontaneous creations, random ramblings, love & hate. Again it was the webbed foot of social networking that crossed our paths and the spectre of collusion has always hung and occasionally struck. Electrified jumped up out of nowhere one day and was completed within a blowing of a fuse. It pulls together a history of electronic dance music, shreds them with a hand blender and serves up some kind of shapeshifting delicacy that’s hard to swallow but chew it a while and it tastes just fine.

Finally, track 4, Hug. Working with 808 State was a gas, great guys one and all. A version of this track came out on the Don Solaris album, but despite all of our best efforts to make something happen we just couldn’t hit pay dirt. Hug was a totally freaked out hands-on mix that Graham Massey did late one day in either Manchester or Sheffield; lights flashing, needles bouncing, spontaneous as being thrown through a windscreen. No prisoners taken.